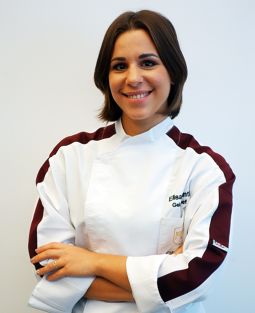 Elisa started her experience in food services sector in 2006. Since then, she has been showing a preference for pastry. During her professional path, she carried out various work experiences including, in 2010, that in the pastry laboratory of the renowned restaurant “Il San Domenico di Imola”, rewarded by the Michelin Guide by two stars. Here, she learned the main techniques of international pastry methods. Once gained the degree of “Technician for Professional Services in Food Services”, she started her adventure in the gelato world with Iceteam1927. She is responsible for the gelato school GelAteneo taking care of the demonstrations, both in Italy and abroad. 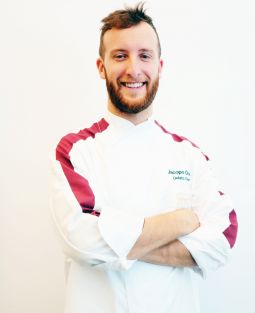 Born and raised in Bologna, the World\'s Capital of Gelato, since when he was a child he couldn\'t stay away from the most popular frozen dessert. Since 2014, after completing his scientifical studies, he decides to transform his passion in his job, and he starts to work in one of the oldest and most famous gelato shop in his city: Gelateria Gianni. There, producing up to 800kg of gelato every day, he learns the basis of a job with thousands of shapes and shades. From this launch pad he started, after numerous insights and continuous studies, to combine his passion for gelato with the one for traveling, making the firsts consultancies in Italy and abroad. Since January 2018 he collaborates with Iceteam1927 to spread the culture of real Italian artisanal gelato with courses, training and masterclasses around Europe and Asia. 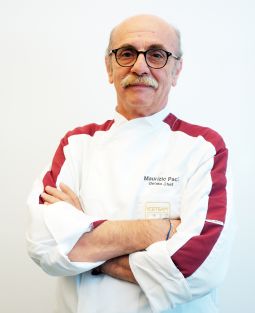 After completing his studies in food chemistry in 1972, he started with passion to work on Gelato. He started a collaboration with semi-finished products’ industries. In 1980, he moved to the United States to open an Ice-cream shop chain as a consultant. During that period, new ice-cream shops in San Diego in California were set up: they were called “Gelatamore”. He specialized in industrial plants and artisanal ice-cream. He attended a course of Food Science at San Diego University and achieved a Master Degree in Dairy Food Technology in 1985. When he got back to Italy, he started a collaboration with Coldelite - Iceteam 1927 for the development of new ice-cream machines. He created an innovative software called Smart5, which is a reference tool for any Gelatiere that wants to balance and know his own Gelato. 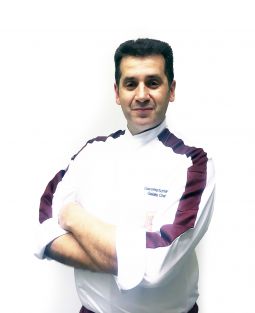 Giacomo started to learn his actual activity working for many years at Gelateria PINO in Via Castiglione; Giacomo has been distinguished for his passion and his capacities. In 1994, when he was only 25 years old, he opened the \"Sorbetteria Castiglione\". Today \"La Sorbetteria\" has become an empire of gourmet and a temple of pleasure. Every year are consumed 2000 kilograms of pistachio paste, strictly selected, toasted and refined by him. He gained prizes for the best chocolate in the world in 1996, prized for his \"gianduia\" at the ice-cream exhibition in Viareggio and winner in \"the best on his sector in the world\" with the Passion Award 2009. 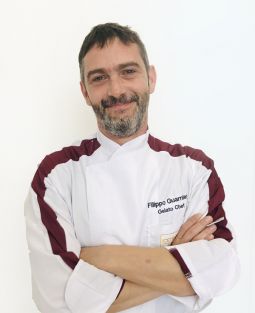 Since the beginning of his career, he spends most of his time learning and developing his personal education by attending courses and in-depth studies taught by some of the most important trainers in the sector. In 2006 he starts managing his first training courses and he begins collaborating with different professional education realities in the fields of artisanal gelato and cold artisanal pastry both in Italy and abroad. In 2016 and 2017 he dedicates his energies almost exclusively to professional education managing the teaching of an important Italian academy in Rome. Since 2017 he is the technical consultant to several ALI Group companies, the world leader in the food production equipment. Moreover, since 2006 he is a technical consultant to gelaterie, pastry shops and manufacturing companies for third parties regarding the opening of new stores, the relocation on the market and the creation of gelato or pastry products. 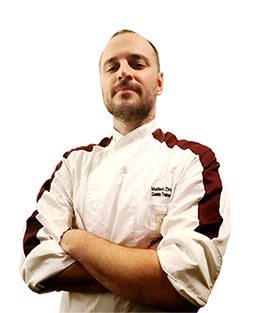 I studied at the University of Bologna, the oldest University in the world, graduating with a Masters Degree in Economics and Trade Marketing. After three years experience as a Marketing Specialist for a large company in Italy, and after a six month trip around Australia in 2009, I decided it was time to use my skills and experience to evolve from a Gelato Lover to an international Gelato Master. The first step of this transformation was to study at GelAteneo. The course was taught by Giacomo Schiavon, owner of Bologna’s iconic and historically significant ‘La Sorbetteria Castiglione’. In 2013, with the help of a friend, I opened my very first Gelato parlour on the site of an old butcher’s shop in Bologna. Fittingly, we named it ‘La Macelleria’. In 2014, after learning the realities of running a successful Gelato business, we realised our vision and moved ‘La Macelleria’ to Brisbane, Australia. The store now has a reputation as one of the best Gelato parlours in Australia. Through Gelato and our dedicated education as Gelato Masters, we were able to move to the country we had dreamed of living in – a country we believed was in great need of an introduction to the True Art of Gelato. I have since become the official Brand Ambassador and Gelato Teacher for Iceteam1927 in Australia and Asia. 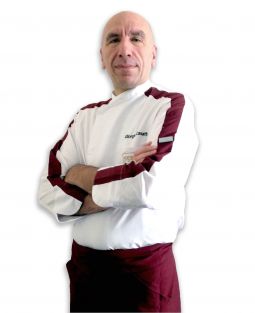 Qualified pastry and gelato maker, Giorgio begins to accumulate experience from traditional venetian gelaterias After a few years as professional NCO of Italian Army – Mountain Troops, he returns to the Gelato’s world as an entrepreneur buying an Gelateria in Piedmont, Asti. At the same time continuing the coaching as assistant of the most famous Italian Gelato MasterChefs. Inflexible Director of a lot of Gelato festivals and events, he is a professional figure who brings knowledge of italian Gelato art to the world, a Gelato Master with the European certification UNI CEI EN 45013. Since 2007 Giorgio has been focusing his activity in the branch of \"consulting & training\" in Italy and abroad, specializing in start-ups. He collaborates with the most renowned magazines in the sector and numerous companies in the raw materials sector. In 2018 he joined the Iceteam1927 staff as Gelato Chef. 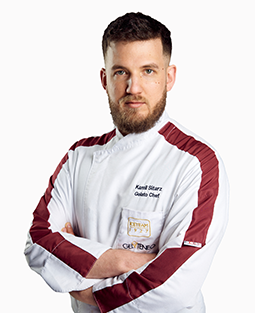 Born in Gliwice, in the Polish region of Silesia. In 2012 Kamil started working for a company selling gelato equipment, which marked the beginning of his adventure. At that point he decided to open his own gelato shop in the future. He acquired the basic knowledge by studying the most famous gelato books and attending professional courses on gelato making. This was followed by his visits to the Galateneo school, in Bologna, where he had the opportunity to learn from Elisa and Giacomo. In 2015 he opened his first gelato shop, which quickly became very popular. This led to further development of his business and the opening of new shops. He continues to learn and is constantly looking for new inspirations, also related to pastry. He creates his own recipes and flavour combinations from scratch but his favourite gelato will always remain the classic vanilla. He also shares his experience and knowledge with others, offering trainings and advices on opening new gelato business across Poland. Since 2018 he has joined the Iceteam1927 Chef team as an official Gelateneo trainer. 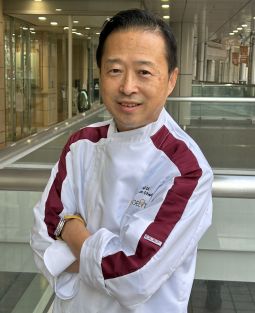 He has been involved in the gelato business since 2005. He started selling gelato machines in 2005. Later, he was responsible for the development of DELIZIEFOLLIE in Japan, a famous shop owned by Pellegrino Gaeta based in Paris also winner of the Best European Meister Award 2010-2007. Furthermore, in order to deepen his understanding of Italian culture, in 2011 he was involved in the development of the Italian food culture at the Japanese office of Eataly, which headquarter is in Turin, and deepened his knowledge of Italian food, ingredients and wines... Based on these experiences, he was involved in the launch of the café business at Marubishi in 2014, and from 2019 he works as a full-fledged demonstrator for "Cattabriga" as a seminar lecturer and exhibition demonstrator in major cities in Japan. While working as a demonstrator, he develops recipes and spread information not only on the gelato machine but also on Italian industry, lifestyle and culture through exhibitions and seminars.

You can express your consent using the button "Consent all". Unless you select one of this options we will use essential functional cookies only